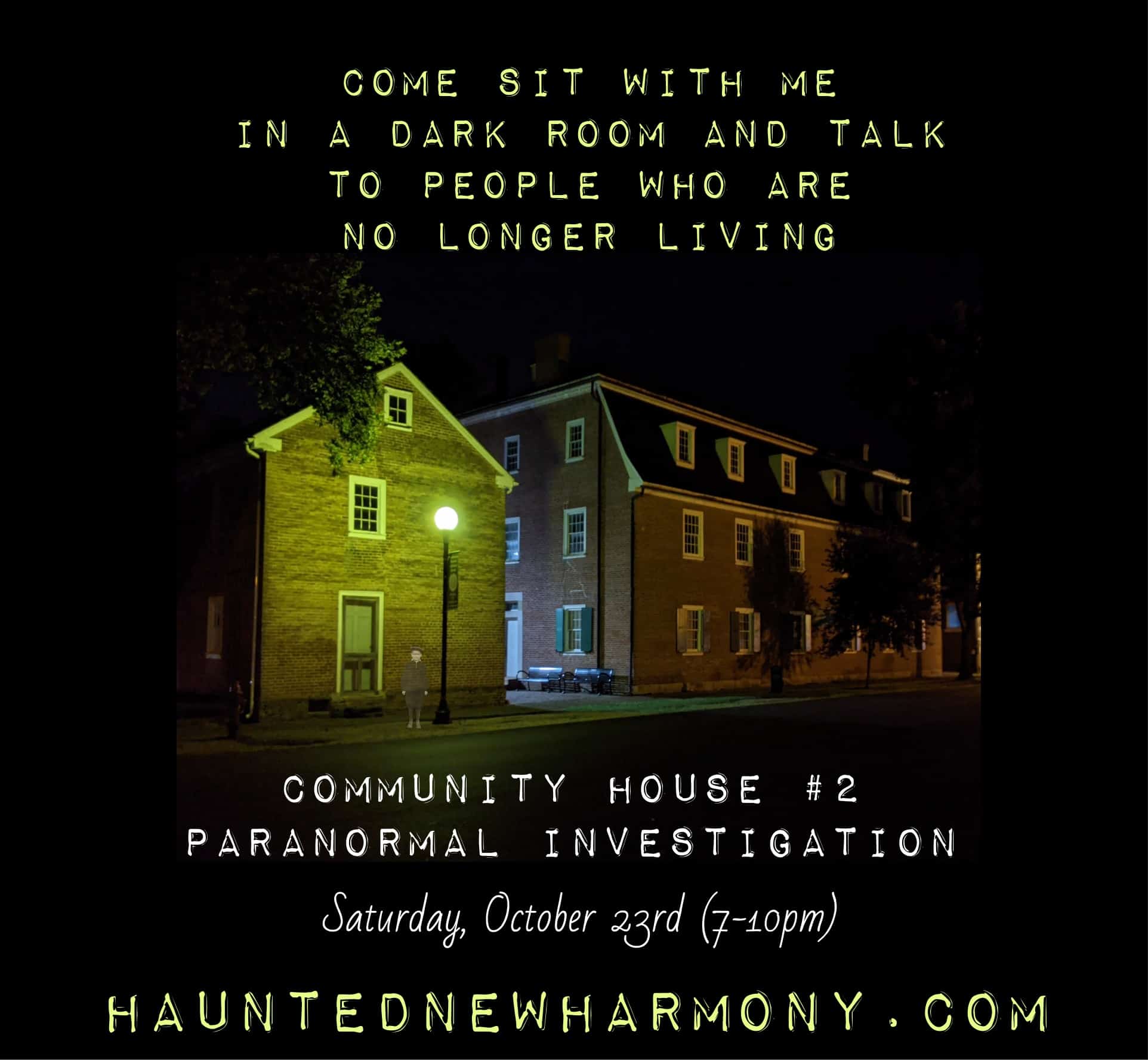 Join the Haunted New Harmony team as we investigate one of New Harmony’s most haunted buildings. Community House #2 was built in circa 1822 and was used to house the single members of the Harmonist Society. Later, it was used as a boarding house, a cigar factory, a furniture store, as well as the offices for the local newspaper. The activity there is legendary. Footsteps are often heard in empty rooms, items move on their own accord and a lady in white has been spotted here numerous times.

We will divide into three groups and use a variety of paranormal equipment to communicate with the dead who still linger there. We have added new equipment this year to help us better communicate, including an SLS camera (Kinect -stick figures).