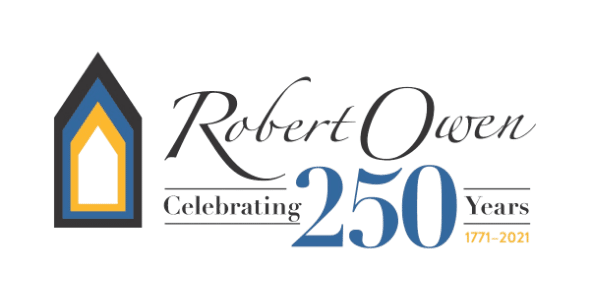 Join Dr. Gregory Claeys as he examines Robert Owen’s idea of exchanging conspicuous consumption for a rational frugality. Owen’s opposition to fashion, in particular, indicates an attitude of rational consumption in which competition for the esteem of others, most notably through clothing, was to be substituted for the extraordinary flamboyance in display which marked his own time, and which in his view produced additional hardship for the working classes. Owen unfolded these views at various points, and several efforts were made to implement them and at New Harmony other communities.

Dr. Gregory Claeys is Professor Emeritus of History at the University of London. His eleven books include two studies of Owenism, Machinery, Money and the Millennium: From Moral Economy to Socialism 1815 – 1860 (Princeton University Press, 1987) and Citizens and Saints. Politics and Anti-Politics in Early British Socialism (Cambridge University Press, 1989). He has also edited Robert Owen. A New View of Society and Other Writings (Penguin Books, 1991), The Selected Works of Robert Owen (4 vols., Pickering and Chatto, 1993), and Owenite Socialism: Pamphlets and Correspondence (10 vols., Routledge, 2005).

Please register in advance for this program. To do so visit usi.edu/250virtual. After registering, you will receive a confirmation email containing information about joining the meeting.