Carol’s Garden and Fountain of Life is a memorial garden dedicated in 1982 to the memory of Carol Owen Coleman (1944-1979), daughter of Kenneth Dale and Jane Blaffer Owen. The Fountain of Life is located in the center of Carol’s Garden beneath a stunning canopy of trees. The peaceful fountain and its two accompanying benches were made with Indiana limestone by Sculptor David Rogers of Bloomington, Indiana. The designer of this beautiful garden is the late Jane Blaffer Owen.

A bronze sculpture of the hat often seen on the late Jane Blaffer Owen rests on the end of one of the benches as if it had just been removed.

The garden is open for free to the public daily from dawn to dusk thanks to the generous support of the Robert Lee Blaffer Foundation. 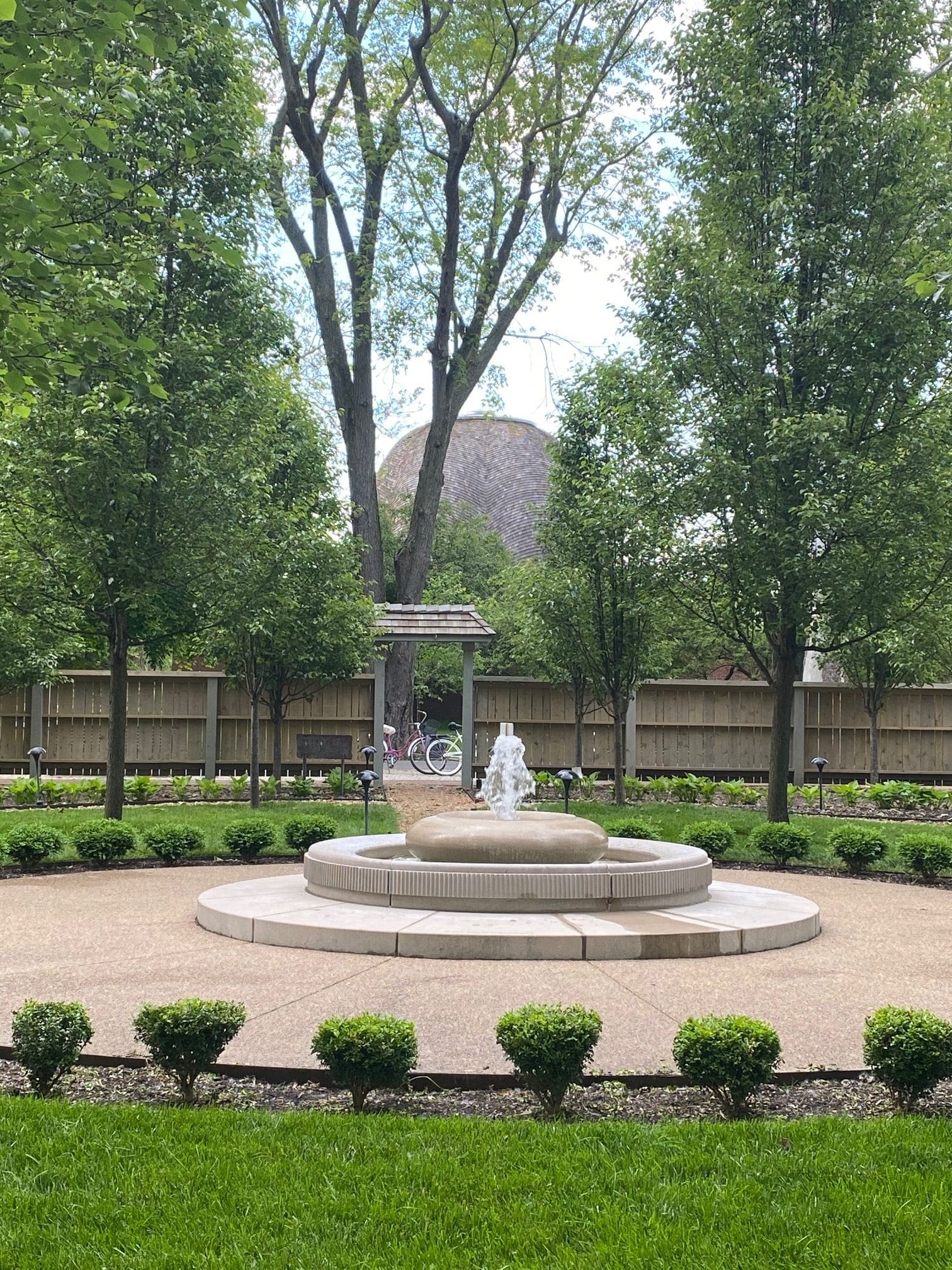